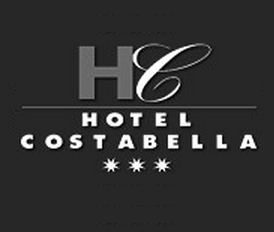 YOUR HOTEL IN GIRONA

We are proud to be able to say that since opening more than half a century ago, we have been accommodating our clients in the best possible way.
Josep Costabella and his wife Palmira Pardàs founded the Hotel Costabella as a family business.
Being one of the pioneers of tourism in the Costa Brava, yet in the year 1952, they transformed a Llafranc village house situated on the first sea line into an Hostal called Bellacosta.
With the subsequent experience as director of the hotels Montsacopa  in Olot and President in Figueres, in 1967 they built with great effort the Hotel Costabella on a plot in Puig d’en Roca opposite the Hospital Dr. Josep Trueta. Shortly after, it was done the layout of the N-II.
His daughter, Roser Costabella, continued the business and an extension was carried out: from 22 to 47 rooms. It is currently administered by the brothers Anna, Xavier and Marc being already the 3rd generation but still maintaining the original spirit, welcoming and closing way of their grandparents. Providing to your needs all the provision and service.
We are continuously updating the rooms and the facilities and also incorporating new technologies, as we always bear in mind that the most important thing for us is you feeling like home.

Hotel Costabella hosts a fantastic place to relax. You can end your day in our spa area to make it perfect.

Keep up with your fitness routine while you’re away with our free gym.

The Costabella Hotel Restaurant has been renovated and is ready to welcome you! For breakfast, lunch and dinner the elegant environment of the Restaurant creates a tranquil atmosphere. You will find an updated cuisine.

Book your stay with discount!

Single Room with all you need

The Hotel Costabella Girona offers you individual stays if traveling on business or decide to spend some time by yourself.

he Hotel Costabella Girona offers you twin and double rooms for two people or one people if  decide to stay in a larger room than the single room.

The room for a perfect stay!

If you are looking for maximum comfort and more exclusivity, from Hotel Costabella we have the best rooms for a luxury experience.

Be all your family together!

The Hotel Costabella Girona offers you twin and double rooms for 3 people, which is perfect is traveling with group of friends or family.

Bring your family in this spacious suite!

he Hotel Costabella Girona offers you quadruple rooms for up to 4 people, which is perfect is traveling with group of friends or family.